Home » Spectacular Las Vegas attractions that will blow you away

Spectacular Las Vegas attractions that will blow you away 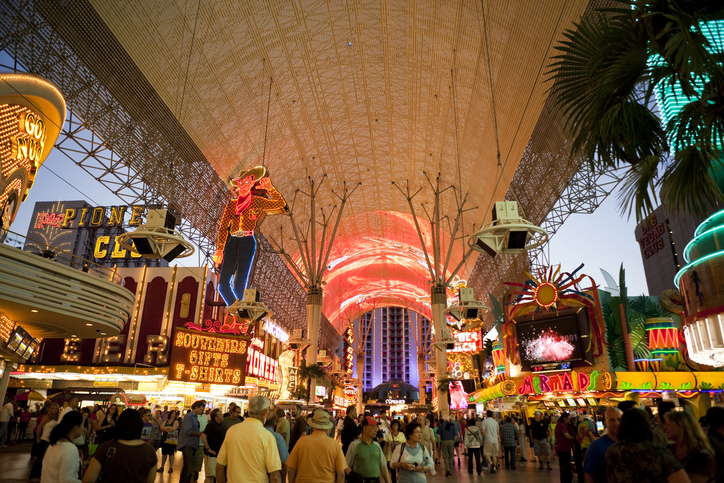 Every year, millions of tourists make their way to Las Vegas to see the lights, the attractions−everything the city has to offer. Let’s take a look at the top tourist attractions in Las Vegas, guaranteed to blow you away.

If there is one thing synonymous to Las Vegas, it’s the glitzy Strip. The entire Las Vegas Strip runs for 2.5 miles along the central section of the Las Vegas Boulevard and there is no mistaking it. Big casinos, luxury hotels, performance venues, and world-class restaurants line the whole length.

At night, the Strip is easily Las Vegas’ brightest spot, shining like a mirage in the middle of the desert. Neon signs and fantastic light shows take the center stage.

Another thing Las Vegas is known for are the replicas of world-famous landmarks located in the Strip.

For starters, there is the Paris Las Vegas, one of the most easily recognizable resorts in the Strip for one very iconic attraction: a replica of the Eiffel Tower. It’s not as tall as the real thing, but Las Vegas’ Eiffel Tower still rises up the city skyline at forty-six levels.

At the top is the Eiffel Tower Restaurant, which offers one of the best views of Las Vegas, as well as a 360-degree observation deck. Not far from the Eiffel Tower is a model of the Paris Opera House.

There are two ways you can enjoy an Italian experience while in Las Vegas (not including the great Italian restaurants in the city).

The first one is by visiting the massive complex that is Caesars Palace, which has its own version of Rome’s Trevi Fountain. Caesar’s Palace is one of Las Vegas’ most iconic hotels, but over the years it has also transformed itself as a destination in its own right. It is home to The Colosseum, an impressive concert venue, as well as the Forum Shops at Caesars Palace.

The second way Las Vegas transports you to Italy is by paying the Venetian Hotel a visit. Located just across Treasure Island, the Venetian Hotel houses a Venice-themed shopping arcade complete ceilings painted sky blue, and of course, canals and even gondoliers.

A gondola ride at the Venetian is one of the quintessential things to do in Las Vegas. It takes you on a tour of the entire shopping area as well as other recreations of famous Venice attractions like the Bridge of Sighs and the Rialto Bridge.

Did you really go sight-seeing in Las Vegas if you haven’t seen the Bellagio’s fountain show? It’s one of the city’s best known attractions, so much so that it has become a regular fixture in TV shows and movies shot in Las Vegas.

The Bellagio has more offerings aside from the fountain show. Located within the sprawling hotel complex is the Bellagio Gallery of Fine Art, a small museum where you can view various works of art. There is also the Conservatory and Botanical Gardens, a beautiful atrium that houses exotic blooms and exhibits, which change every season.

Located in Downtown Las Vegas, the Mob Museum offers a look into the country’s long history of organized crime, as well as its significant impact on culture, policy-making, and society as a whole.

Officially known as the National Museum of Organized Crime and Law Enforcement, the Mob Museum has three main levels. On the first floor, you can take a peek into a crime lab experience and try out the firearm training simulator. On the second level, you can learn about organized crime in Las Vegas at the Open City exhibit.

There are more exhibits on the third level (such as the St. Valentine’s Day Massacre Wall and the Birth of the Mob), but head to the basement and enter the Underground world. Here, you’ll find the Speakeasy and the Distillery, two exhibits that detail the Prohibition Era. You can even learn the basics of making moonshine at the Distillery.

When you live in Las Vegas, the rest of the city is your playground. Contact me today at Emily(at)LeadingVegas(dotted)com or 702.545.6050 to find homes for sale in Las Vegas.